Let’s strengthen social change orgs by reducing the incidences of, and potential for, interpersonal conflict

Bruce:  For decades, the post-mortem on failed and disbanded social change and eco-green groups, including the USA Green party, point to these factors:  The lack of quality interpersonal encounters; and, the presence of too much interpersonal friction and conflict.

Both point to a lack of interpersonal competency among participants and especially leadership.  This is fixable.  This is primarily an education issue.  Few of us learned Best Practices in Emotional Intelligence; AND, anyone who wants to can learn this now; AND, these are easiest to learn by live-event exercises and games, not through books, power-points, screens or webinars.

Pan:  Would you like to become more effective in sparking the good will which creates capacity to be heard by others?

Are you hungry to learn how can we be the recipients of difficult behaviors without responding in kind, how to stand up in the face of aggression without dehumanizing others?

It will be led by Pan Vera, Puget Sound Network for Compassionate Communication Certified NVC trainer. He has worked with Marshall Rosenberg’s Nonviolent Communication for 18 years, both at the individual level and with groups.

Explore how the tools of NVC support the transformation of violence, particularly the subtler, unacknowledged verbal forms such as blaming, judging and punishing into clear, authentic expression of your needs and visions for change.

Pan has led trainings for social activists in Washington State, Vermont and Connecticut. 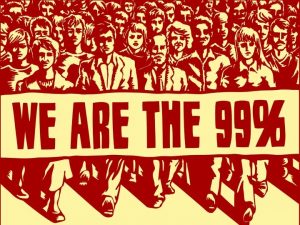 In this workshop we will explore how the practical tools of NVC support the transformation of violence, particularly the subtler, unacknowledged verbal forms such as blaming, moralizing, judging and punishing.

Learn how to keep your cool in even the most heated of situations by tying this program’s basic tenets of mediation together with masterful psychological concepts.